Posted by Joshua C. Agar on January 27, 2017
Posted in: Uncategorized. Leave a comment 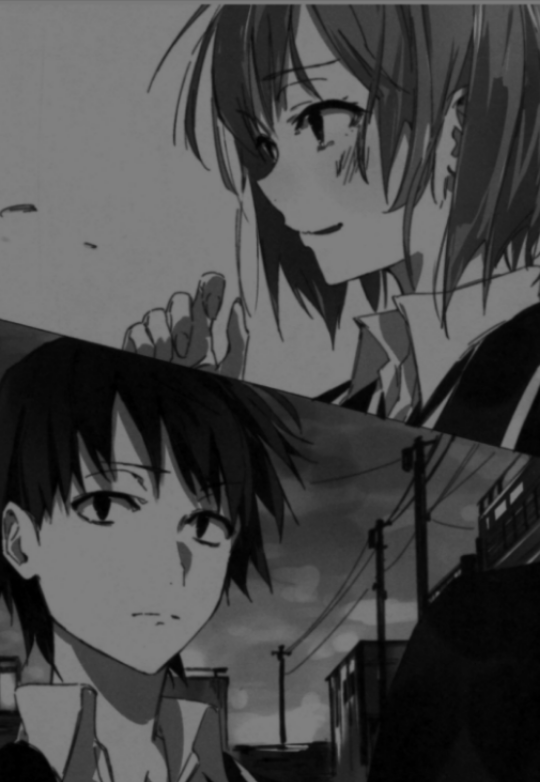 Devoured by the Corrupted Form of Social Media

Posted by Joshua C. Agar on January 9, 2017
Posted in: Uncategorized. Leave a comment

I was asking myself: what went wrong on our social media?

The answer is found on the change in demographics of social media users. Forget MSN and Friendster. Actually the change is found on how Facebook evolve over the past seven years. If my memory serves me right, it was when Barack Obama assumed presidency that people in the Philippines were introduced to Facebook. Back then, there were only two prominent social media platforms: Friendster and Yahoo! (Mail and Messenger). Most of the people who were born in the late 1980’s and the 1990’s used Friendster more than Yahoo! because Friendster users were more of a people who were not expanding their circle of friends and instead were exhibiting their vanity and narcissism over their custom-made profiles and testimonials, while Yahoo! is more of an office (Mail) and a dating platform.

It was around 2011 that Facebook totally overtook Friendster. The people from the same period shifted into using Facebook, while Yahoo! had now Skype then as its rival on the online chatting services.

Between 2012 and 2014 sprung various campaigns over awareness of not over-using social media platforms, like Facebook and not Twitter. Users, mostly from the youth, were advised not to be absorbed too much in the virtual world of social media platforms and instead “spend some time outside” (It rings a few bells, does it?) Also, users at that time were also been educated on the intended purposes and the etiquettes on using their social media accounts. Users then are aware that giving slanders over social media merits punishments in accordance to social media community standards.

Think before you click. Remember those words? Around the same time, social media users were aware of shame that would befall upon them if they were to share misinformation. Facebook around that time, like an online caffe, where people share ideas and socialize.

Significant change happened around 2014, when Facebook expanded its functions and accessibility to the point that it has become the primary means of communication, socializing, and connecting with people. The need and the demand skyrocketed that even those who were computer illiterate and not techies were obliged to learn to use it, to catch up with the trend and the shift on online communication.

However, that shift coincided with the incoming 2016 election season and politicians luring voters began to invade the social media platform. Although it was proven ineffective on the previous 2013 elections because of the current demography and social media etiquette awareness, the social media campaign find its way into influencing the new users. Add Riyoh’s cyber warriors and Mocha’s “presstitutes” to the equation and that was how social media became messed up.

Social media’s original intent is to promote the liberal values that the people in the present, especially the youth, were enjoying, such as free speech, unhindered communication, and exchange of ideas. However, the new users, mostly from the older generation who still practices outdated conservative values, such as censorship, discipline by fear, and the concept of right and wrong as what is comfortable or not to them, were not aware of that intent nor of the previous campaigns about social media awareness and etiquette, and the online trolls and fake news make prey of it.

They became ignorant of what was really happened, not only in social media, but in real life.

They were not aware that the president’s best medicine was not laughter (with his crude jokes, swearing on other heads of state, and foul words), nor fentanyl (which is a prohibited drug that he himself admitted was taking), but slaughter (the carnage in the streets caused by the promoted culture of violence, and his stories on how he killed human beings). Most of his “accomplishments” were just credit-grabs from the previous administration, who thought of long-term solutions, unlike him.

They were not aware of the disrespect of the due process and the virtue of “innocent until proven guilty” incurred by his war on drugs, those poor people who were not given due process, and those people wrongfully accused just to satisfy the quota of the president’s assumption that there were 3 million drug addicts in the Philippines.
Riddled with ignorance, one can only speculate on what is happening around to their liking. They could only speculate that those who were criticizing the president are the ones being killed in the streets. In reality, the president who idolizes the dictator, whom he wrongfully buried in the cemetery of heroes, knew that he can’t have martyrs for that would be his downfall. In reality, those who do criticize, especially in social media, faced countless online trolls and fake accounts who do the best they can to break the will of the critics, either by giving them continuous headaches with their idiotic comments, or by reporting them with no clear basis which is their attempt to snatch the game of censorship from the social media moderators.

When humans are truly and utterly scared, they would no longer be concerning themselves over others. They’ll do anything to remain in their comfort zone or survive, even abandon and sacrifice others around them. (比企谷 八幡)

Indeed, there is a special place reserved to those who remained standing still at the times of moral crises.

Behold and look at those wretched creatures, with their wretchedness and pathetic state now being exposed based from their activities on social media. They would not bother to listen or read this piece carefully and take it into consideration. Despite the fact that many of us, have painstakingly recorded experiences and devoted ourselves over books of knowledge to get a grasp of what is going on, those people that we were trying to reach will only hear what they wanted to hear and will see what they wanted to see. They will resort to threats and even force just to force conformism on people in order to align them into their prejudices as if they were the center of all creature. Look now on how unsightly they are!

I would not seek an audience with those people unless they come in terms of what they have really done.

Goodbye, my world of privilege

Posted by Joshua C. Agar on January 5, 2017
Posted in: Uncategorized. Leave a comment

Goodbye, to the days that I just accepted that making a problem not a problem was better than putting in effort.

Goodbye, to the days that I was forced to stand still when people who don’t even put in the minimum effort begrudge those with talent. They can’t just imagine the effort that someone who can puts in.

Goodbye, to the days of anti-intellectual counter-measures that my parents employ, in an attempt to have me docile.

Goodbye, to the days of being surrounded by cowards and prejudiced individuals. The trolls and the fake accounts over the internet has fooled many people that they constitute a majority, giving them a false sense of vulnerability.

Goodbye, to the days of being surrounded by individuals who can’t take and make proper criticisms. That is why for them, criticism was a great offense.

Goodbye, to the culture of powerlessness that many individuals carry and were attempting to pass on to others and me. I am aware of my capabilities, not only based on my talents and potentials, but also based on the rights that our laws were being promulgated over our lands.

Goodbye, to the days that I was being treated as a mere financial obligation by my parents. For them, as long as they were giving their investment, it didn’t matter whether their children were needing other else, like love or understanding.

Goodbye, to the shackles that the older generation and parents of the young employ to incapacitate the youth, guised as a “gesture” of love.

Goodbye, to the dogma of “not causing trouble for others” that was being imposed on me. In reality, they just don’t want to experience inconvenience for themselves.

Goodbye, to the distortion of my parents to values for their personal benefit. Their sense of right and wrong is really what is comfortable and uncomfortable to them.

Goodbye, to my parents’ prejudices that were being forced on me, where they did not give any rational and logical justifications to their actions and just force me to comply. Reason will be my only doctrine and logic will be the sole guideline.

Goodbye, to the days of endless extortions, threats, and blackmailing done by my parents just to have us live what they wanted. They were getting unreasonable as their morality descended.

Goodbye, to the strings of puppetry that my parents cast. For them, free will is only a hindrance.

Goodbye, to their definition of “selflessness” which really meant satisfying their selfish cravings. Selflessness is altruism, not collective selfishness,

Goodbye, to the fake image that my parents wanted to be imposed on me as my real self. Fake people have an image to maintain, but real people just don’t care (比企谷 八幡).

Goodbye, to the fake life that most of my kin wanted me to live. I just can’t accept that they were part of the social cancer that led to the current misgivings and distortions.
Goodbye, to the days that I was forced into the comforts of inaction while others were suffering. Now, I will share their suffrage as we struggle towards an improved way of living.

Goodbye, the world of privilege where one was forced into cowardice, apathy, and twisted mindsets of saving one’s own skin in times of crisis as they fenced their realms with heavily-guarded walls as social barriers for they don’t want to mix or mingle with the common man.

Goodbye, to the days that I value my life and my self. With all the things that I’ve experienced, I already lost my sense of self. I now believe that we were given life not to cling on it as long as we could, but to make it much fruitful and possible.

Goodbye, to the days of happiness. Not everybody can be happy, so I am resolved to carry on the shorter end of its stick for them.

Goodbye, to the days that I was still an innocent student brimming with curiosity. Now that I see the realities of life, I lost that innocence and not could not turn a blind eye towards that reality.

Goodbye, to the days of warm relationships. With the path that I’ve paved for myself, I am ready to embrace the cold loneliness for the rest of my life, no matter how short it may be.

It is now time to make a statement for them to understand. Goodbye, my world of privilege.